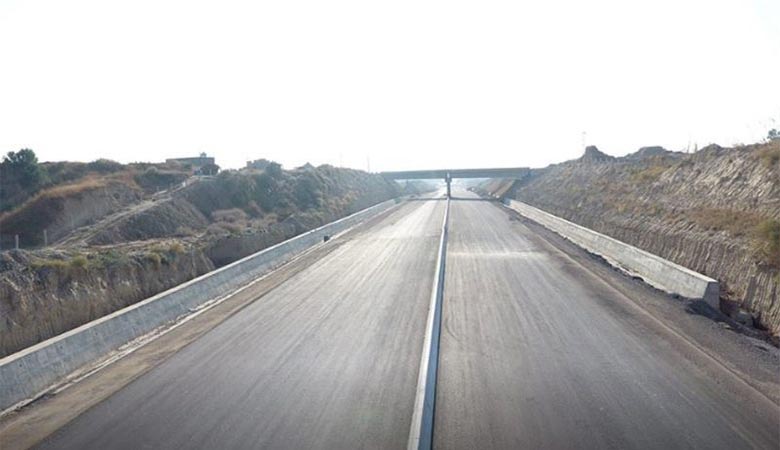 Islamabad – National Highway Authority (NHA) will complete 10 mega projects in 2018, which had been launched by ex-Prime Minister Nawaz Sharif in 2015-16; these projects include 10 motorways and highways projects in different parts of the country. The accomplishment of these projects would confer the best-traveling facilities to the public.

285 km long motorway from Hakla to Dera Ismail Khan would be completed by December 2018, costing Rs122 billion. The motorway is the crucial part of CPEC. The traveling distance from Islamabad to Dera Ismail Khan will decline from 5 to two and half hours. Transportation of goods to the southern area of the country through this route would be in minimum time.

95 percent of Karachi-Hyderabad motorway M-9 has been completed, and PM Shahid Khaqan Abbasi would inaugurate it soon. The 136 km long motorway is not only consisting of six lines but service road on both the sides is constructed as well. The motorway would be completed on the basis of Motorway Belt Operate Transfer (BOT) and would be accomplished at the cost of Rs144 billion. 30 thousand goods vehicles and small vans would move on the road every day. Imported and exported goods will reach destinations in meager time.

PM inaugurated Leyari Expressway some days ago, by which the pressure of traffic has been put off and people of the city got relief.

Jogar-Shorkut 62 km motorway and Shorkot-Khanewal 65 km motorways would be completed by August this year according to the schedule, respectively Rs17 billion and Rs22 billion would be expenditures on these roads. Government of Pakistan and Asia Development Bank mutually conferred funds for these projects and distance from the federal capital Islamabad to Multan would remain only five hours. Abdul Hakeem motorway, 23 km route would be opened in May 2018, which costs Rs 148 billion.

The route would provide fast traveling facilities to the masses of people. Multan to Shuja Abad and Panu Aqil to Ghotki stations would be completed in 2018. Rs 294 billion would be spent on the 392 km highway. China has invested Rs 394 for the road. Lahore-Sialkot road, 89 km, will be inaugurated in December this year, which costs Rs44 billion and the construction of the road would provide fast transportation of goods to the different areas.

Hazara motorway E-35, Burhan-Shah Maqsood interchange 47 km has already been opened for the traffic by PM Shahid Khaqan Abbasi and other 15 km section would be inaugurated in May this year. Islamabad to Abbottabad traveling distance would cut to only three hours due to the construction of this route.

Thokar Niaz Baig to Vadhyar Durban road, 10 km long road would be widened and would be completed in the same year, due to which the traffic jam would burden of traffic would be put off and commuters would get relief.