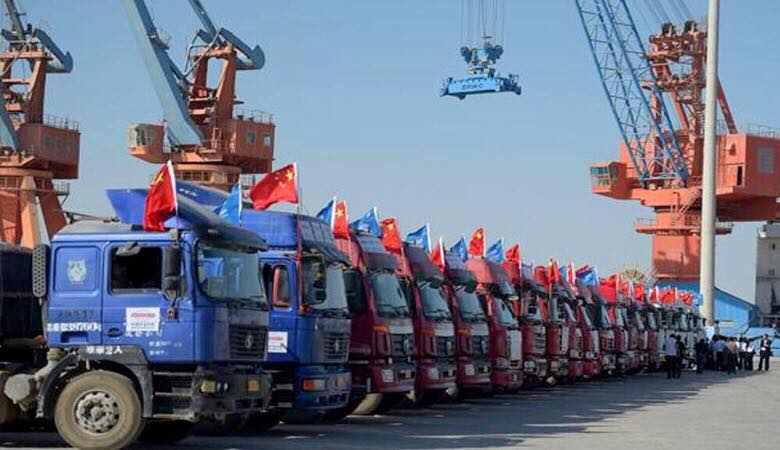 Lahore – President Pakistan Businessmen and Intellectuals Forum (PBIF), Mian Zahid Hussain on Monday said that 2018 is an important year regarding China–Pakistan Economic Corridor (CPEC) as first phase of this historical project comprised of energy and infrastructure sectors have successfully completed. Second phase of the CPEC project is about to begin which is comprised of establishing special economic zones.

SEZs will bring industrial revolution in the Country and is the beginning of development for the people of Pakistan through which GDP will rise by 2 percent.

The veteran business leader while talking to the business community of Gwader and Karachi said that in the first phase of CPEC Motorways and Highways have been built and extended while railways network will be focused in the second phase.

Karachi–Peshawar main line will be upgraded with an estimated cost of $ 8.2 billion while $ 3.5 billion will be spent on Karachi circular railway to make it operational.

Initially, Rashakai in Khyber Pukhtoonkhwa, Dhabeji in Sindh and Faisalabad in Punjab have identified for special economic zones where both countries will take practical measures to take the National economy and job market to new heights through industrial development, increased production and exports.The former minister said that partially energized Port Qasim Coal Fired project to get operational soon can produce 1320 MW energy.

Two wind projects of 50 MW each will come into production in September this year. 660 MW China-Hub Coal Power Company is estimated to start operations in December 2018. Quaid-e-Azam Solar in Punjab has started supplying 7 hundred MW electricity and helped in reducing the power shortage.

$150 million Eastbay Expressway project is expected to be completed this year. $130m worth Freshwater Treatment facility is supposed to be completed on priority which will supply five million gallons per day of fresh water to Gwader and will overcome the water shortage in the locality.

Zahid Hussain said with completion of CPEC projects Pakistan’s GDP will get stable and all sectors of the economy will positively progress including trade and industry. 7000 MW electricity has added to the national grid through the completed projects of CPEC while 10000 MW more to be added after completion of the ongoing projects which will meet the energy requirements and will help the Country attaining the self sufficient position.